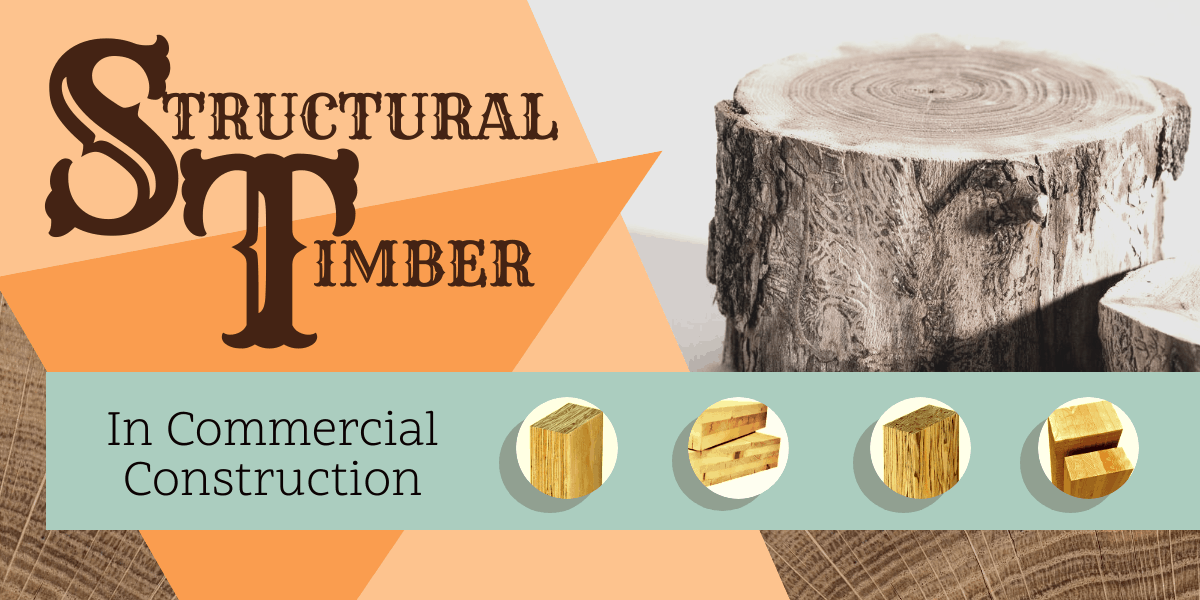 Mid and high-rise buildings are typically made of concrete reinforced with steel.  But, is it possible that skyscrapers could be made mainly out of wood in the future? With the popularity of high-density structural (mass) timber/engineered wood ever increasing, some say yes. This is especially likely because reforms to US code will permit all-wooden high rises up to 18 stories tall in 2021. Unfortunately, no US company has what Binderholz (a European timber company) does: a mature engineered-wood supply chain that stretches down rail lines and truck routes directly into spruce forests. Hence, despite the hype around mass timber, only a handful of U.S. firms make it. 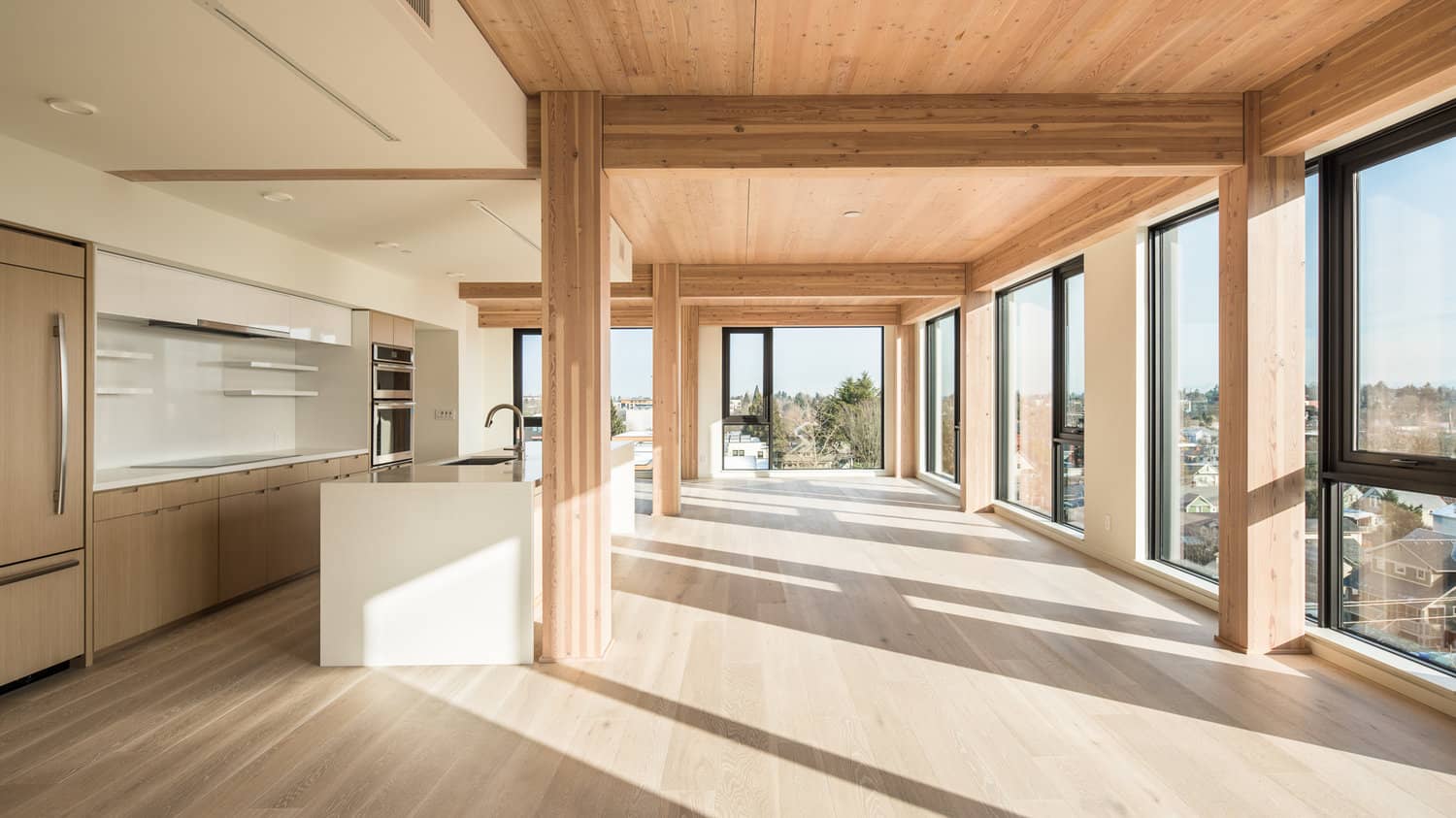 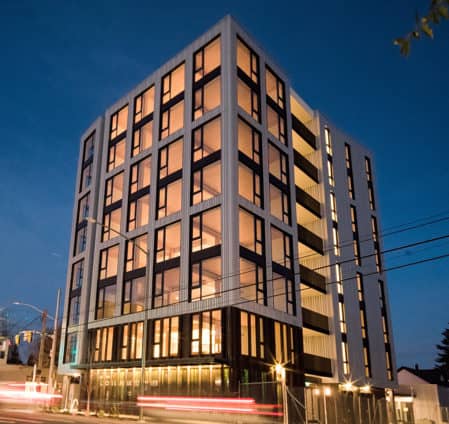 The current tallest wood building in the US is the 8 story Carbon12 in Portland, Oregon. Photo via Kaiser+Path

CLT is made up of at least 3 layers (sometimes 7 or more) of kiln-dried lumber that are stacked crosswise and glued together (though sometimes attached with nails or dowels).  Cross-lamination provides a reinforcement effect similar to that seen in reinforced concrete slab, and it results in high splitting resistance, stability, and stiffness. 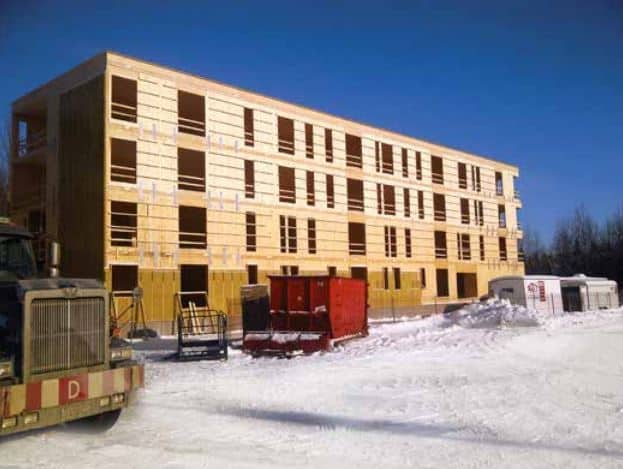 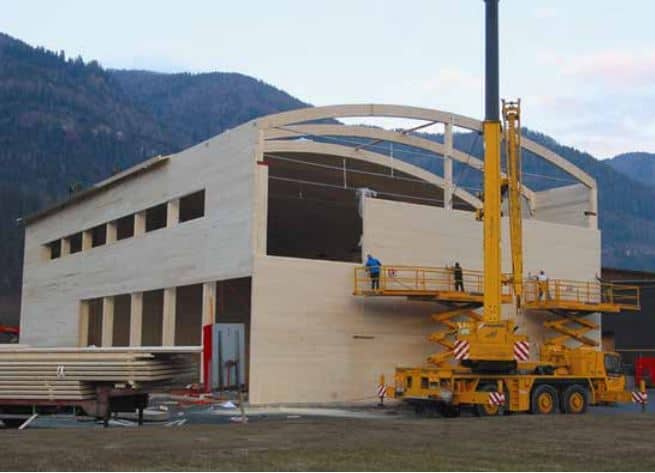 Glulam is made of parallel, bonded layers of kiln-dried timber. Custom glulam can be made in almost any size and shape, including curved. Due to its architectural beauty, it is common to leave glulam exposed. Glulam is preferred over SCL for exterior applications. 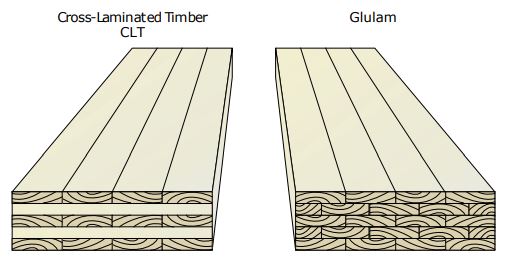 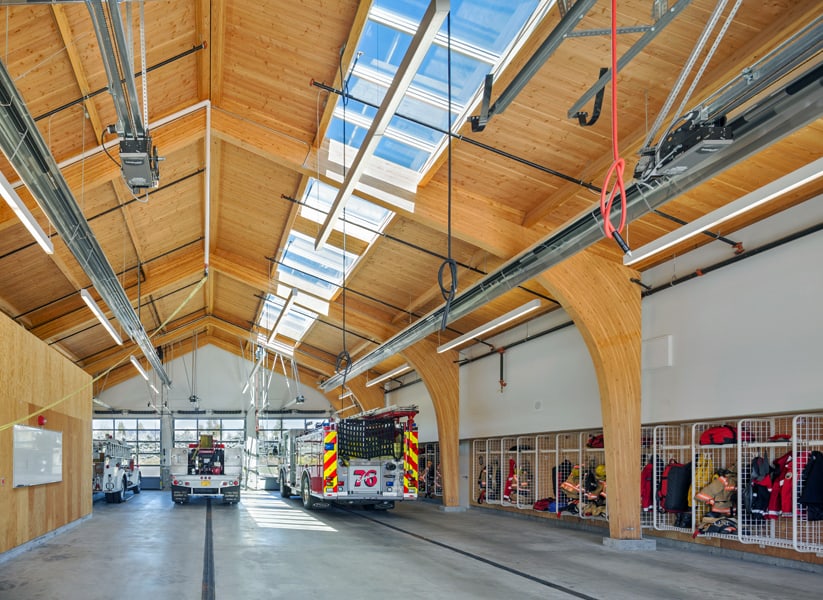 SCL is a family of engineered wood products that are made of layered wood veneers or strands bonded together with moisture- resistant adhesives.  SCL framing components, such as beams, studs, and columns, have several advantages over conventional sawn lumber.  They are stronger, more stable, less prone to warping/splitting/shrinking, and more resistant to moisture than sawn timber. 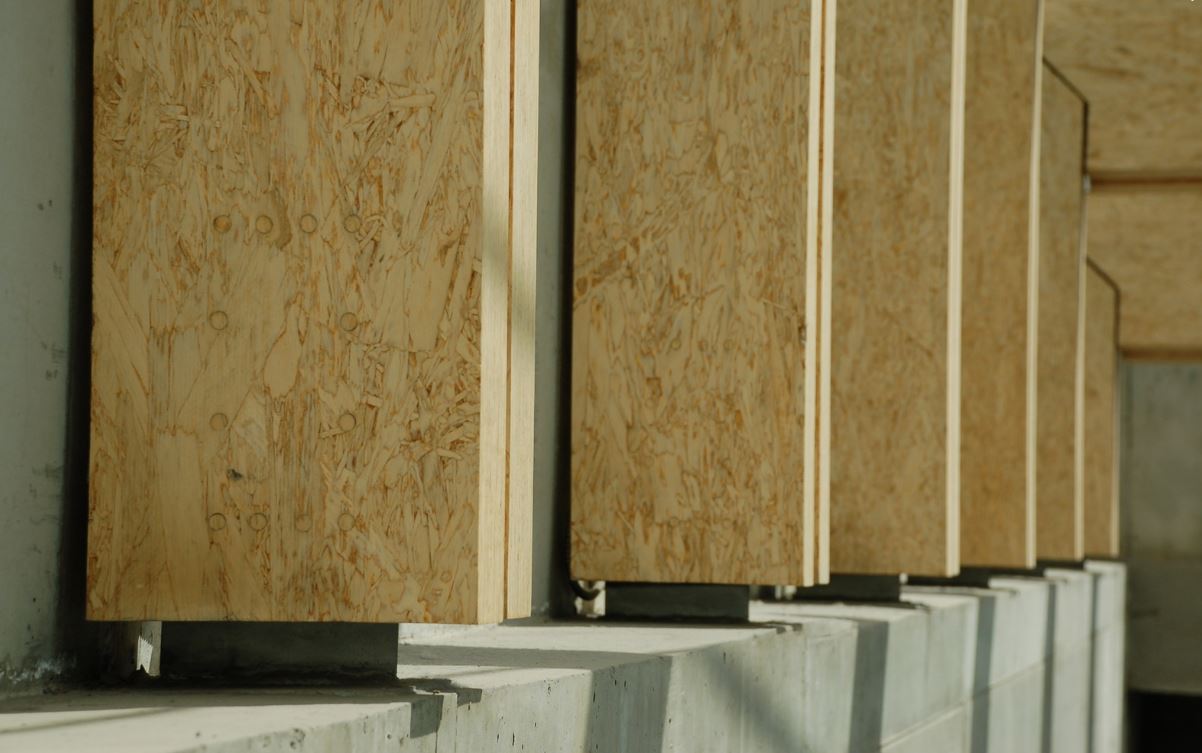 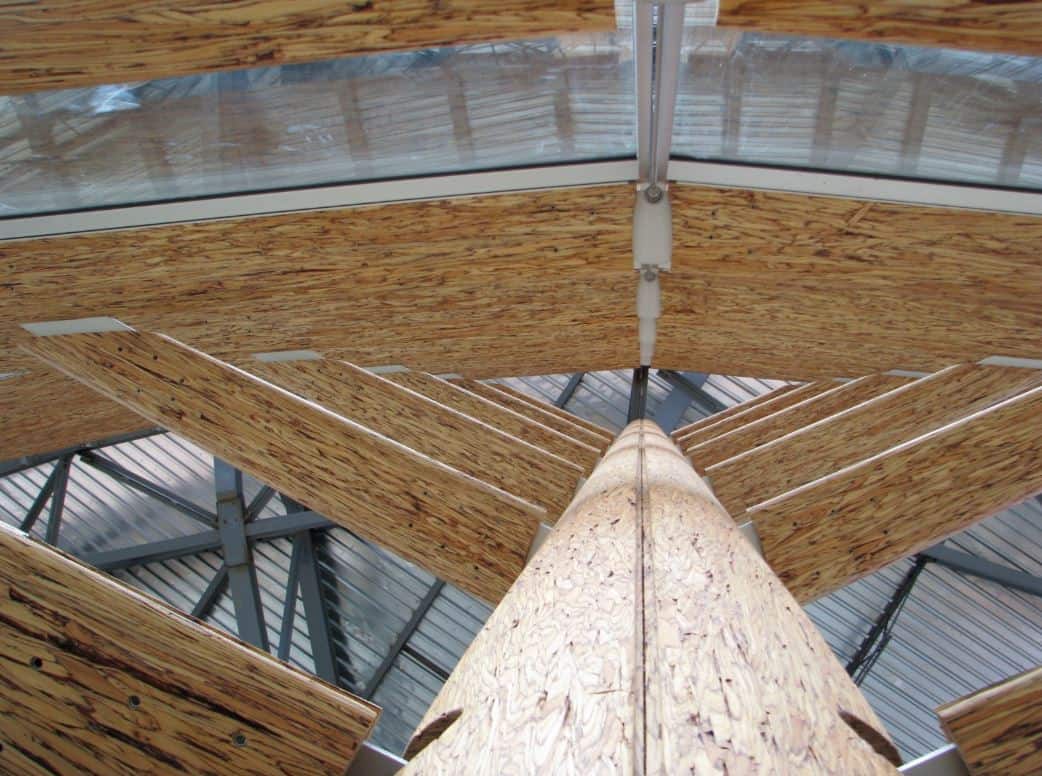 Even though mass timber isn’t as strong as steel, it also doesn’t collapse under direct heat as quickly.  Plus, mass timber is much easier to customize and prefabricate than concrete or steel. Not only that, but mass timber allows designers to send plans directly to the factory to be built to specifications, which translates to faster construction, lower costs for labor, and less disruptions at the construction site. Think about this possibility: a line of standardized, customizable, buildings, largely made of modular mass timber, that developers could order to spec like IKEA sofas.

But, are engineered wood products truly sustainable and environmentally friendly?

The Consortium for Research on Renewable Industrial Materials found that wood had a more positive impact on the environment than steel or concrete in terms of embodied energy, global warming potential, air emissions, water emissions, and solid waste production. Very little of the energy used to manufacture engineered wood comes from fossil fuels, over 50% comes from bioenergy such as tree bark, sawdust, & other harvesting byproducts. Approximately 8% of the world’s total carbon emissions come from cement and concrete production, which releases about half a ton of the dangerous greenhouse gas carbon dioxide (CO2) for every ton produced. The manufacture of steel, which accounts for around 5 percent of all emissions, releases nearly twice its weight in CO2. 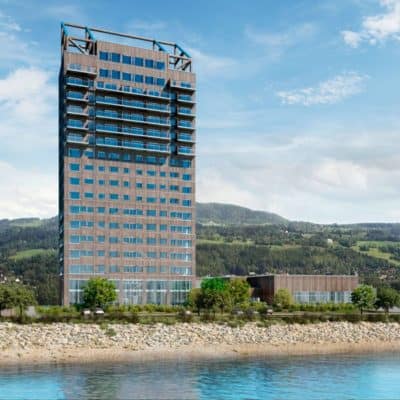 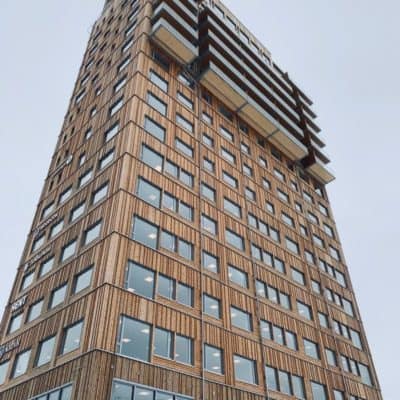 Get blog updates, construction tips, & more to your inbox